The Real Christmas Tree Board

« Return to the Research Library

Elongate hemlock scale (EHS) has been an issue in the eastern US since it was first introduced in the early 1900s. Primarily a pest of hemlocks, it has become a problem with firs and Douglas fir grown for Christmas trees. Though the pest seldom damages trees in western North Carolina, the presence of scales on trees and wreaths or roping restricts sale of those products to many states and countries that currently do not have this pest. Chemical control studies have been on‐going since the 1950s. More than 60 insecticides have been used against EHS with varying levels of success. Products that have recommended for growers to control scale include Safari (both foliar and trunk application), Movento, Dimethoate, Dimethoate mixed with either bifenthrin or Asana, horticultural oil, and Distance. Control of this pest is difficult for several reasons. First, EHS is an armored scale and feeds on internal mesophyll cells. Because EHS doesn’t feed in the vascular system, systemic insecticides don’t work as well as they do on soft scales. Secondly, the life cycle of EHS is not synchronous. Scale control typically targets crawler release. Though EHS does have a peak crawler production in the spring as new shoots are elongating as well as in the fall, crawlers have been observed in western NC every month of the year. Thirdly, the parasitic wasp, Encarsia citrina, has been observed to control as many as 75% of females in western NC. Insecticide applications for any pest have the potential to negatively impact this
important biological control which then allows for the quick rebound of scale numbers. Two EHS control studies were conducted in 2019 and 2020 with CTPB support. The first was along‐term scale control demonstration in grower’s fields to control all pests including scales through the use of Sivanto for balsam twig aphid control and Safari for EHS control. The second was a pesticide screening of new potential products for scale control conducted in conjunction with Dr. Richard Cowles, Connecticut Research Station. Only controls from the North Carolina study are presented in this report. 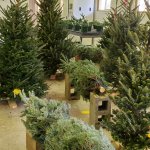 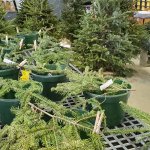 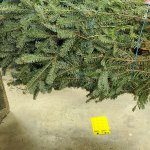 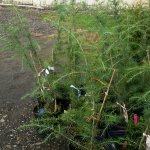 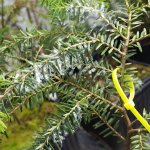 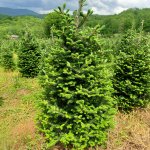